In September 1944 the area of Giogo pass, in the Community of Scarperia and S. Piero (FI), is the theater of one of the key battles of the breaching of the Gothic Line. The intervention involves two areas of the Community and San Piero: the first part is in the village of Ponzalla, where the association has intervened with the recovery of a building that became the “Center of Documentation and historical searches” and the related Museum. The second is located on the ridge that divides the Mugello from the Alto Mugello, between the municipalities of Scarperia and Firenzuola in the area of the Giogo pass; in this area the intervention has taken into consideration the cultural heritage and landscape by providing their restoration and enhancement.

Gotica Toscana npa, together with the other members of the NAPV, promotes and organizes exhibitions, meetings and contacts with veterans and their families, storage and dissemination of testimonies and field activities. These latter have as main actors the places and the testimonies still present on the ground. All these elements are used for the design and construction of thematic routes. This approach has led to an increase in attendance and a general increase in attention on this area by the foreign institutions.

The “Center of Documentation and historical searches” was inaugurated on 24 September 2011.

The CDRS hosts the “Mugot”, Museum of the Gothic Line, the headquarters of the association, the Secretariat of the HMV Italy and is affiliated member of the american MVPA.

The “Mugot”, Museum of the Gothic Line, hosted in the CDRS by Gotica Toscana NPA (CDRS). The museum preserves the memory of the passage of World War 2 in Tuscany: you can take a look to our collection.

For more information visit the site of the “Mugot”. 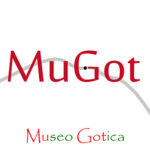 The “Mugot”, Museum of the Gothic Line, is hosted in the Centre of Documentation and Historical Research by Gotica Toscana NPA (CDRS). The museum preserves the memory of the passage of World War 2 in Tuscany. A special attention is given to the events which took place on the Apennines Mountains between the Futa Pass and the Giogo Pass (North of Florence) as this was the theatre of large operations in September 1944 against the Gothic Line, the last German fortified line of defense in Italy. The MuGot offers documents, textbooks, oral records and original WW2 footage to history enthusiasts, scholars and students and can also arrange battlefield tour on demand in order to give a precise explanation of the events and show original outposts. Finally, the indoor displays of the MuGot, which are the result of years of intensive research, battleground findings and collection of materials from local donors and Gotica Toscana npa members, give visitors the chance to get well acquainted with men, uniforms and equipment which were protagonists of the last all but forgotten part of the Italian Campaign.