Florentine Art Under Fire is the title of Frederick Hartt’s diary.

The italian translation of the Frederick Hartt’s diary arrived, at last,  in 2014 with the title “Arte Fiorentina sotto tiro“.

Fredrick Hartt was part of the small group of men and women of the Allied Subcommittee on Monuments, Fine Arts and Archives (MFAA) now known to most as the “Monuments Men” and worked as a manager in Tuscany with Deane Keller. The diary was published in the United States shortly after the Second World War, in 1949. Without it we would not know that those works of art from Florence and Tuscany, those monuments, those art objects, and the palaces and towers that are offered to our eyes today, would not be where they are and how they are. Had it not been for the commitment, the determination, the risks taken personally by its author, then intrepid and stubborn young art historian, they would have been destroyed by the war or stripped by the thefts of the Nazis. After the conflict, Frederick Hartt became the well-known scholar of Michelangelo and the Italian 15th century.

Together with the members of the MFAA there are also many Italians who have played a decisive role in the salvation of the artistic heritage in Italy and Europe. 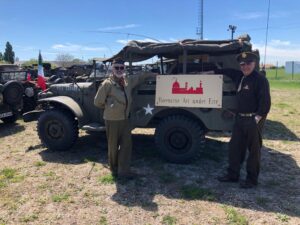 Members of the Monuments Men team in 2019 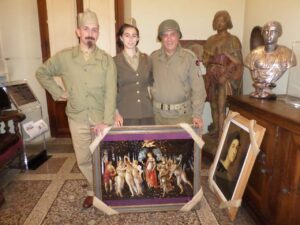 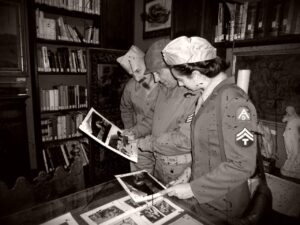 The archive of Casa Siviero