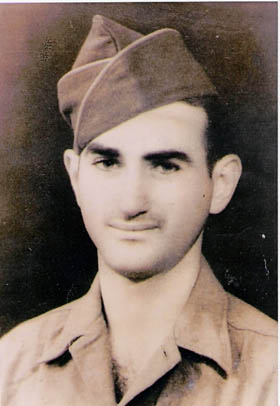 “I will stand up for the love of a father not in my life. Doing what is best for me, doing what is right.” 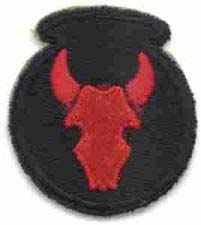 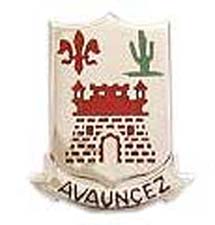 My name is Gloria de Lama Sciole, the only child of Ricardo de Lama killed in the Livergnano area of Italy on November 23, 1944 and just 3 days after my second birthday. My father served with the 34th Division of the USA army, known as the Red Bulls. He was assigned to the 133rd Infantry, Company G.

Recently, I visited Italy for the third time in eleven years. That visit in November of 2006 coincided with the anniversary of my father’s death in the La Guarda area of Livergnano. Before making that trip from the USA, I asked veterans of the war to put me in touch with Italian contacts that could enable me to visit the area of Livergnano. To my absolute amazement and gratitude, I was so fortunate to correspond with Filippo Spadi, a young enthusiast of WWII who thus put me in touch with Corso P. Boccia., yet another historian of the war. While this visit was to be my 3rd visit to the area of Livergnano, it was the one visit that became so personalized and complete in my search to fully acquaint myself with the 1944 winter defense of the North Apennines leading to Bologna.

At the completion of my trip, I was asked by Corso to tell my story of growing up without my father plus to share knowledge of my father’s military history. Although I will attempt to do both, I find it is so difficult to write my experience, as I have not experienced all that much of Europe had experienced during the war years. I am only one of so many that have grown up without a father’s touch nor the sound of his voice. Others like myself who have lost a parent in the war, find that as we grew up in the 1940’s, we became known as the “silent generation”. Men that were lucky enough to come home from war did not care to speak about the war. Widows grieved silently and we children grew up with our pain of loss pretty much self-contained so as not to hurt our grieving mothers any further. I was lucky enough to remember my mother so fondly speaking about her three-year marriage to my father and their love of dancing. As for war stories, I only knew that he had previously been wounded twice before his death. The first being June of 1944 and then again in September of 1944. I grew up always feeling different from other children that had a complete family of a mother and father. My mother never was truly interested in replacing my father. We soon went to live with my grandparents that did indeed offer me much stability. As any child with only one parent, I worried that my mother would also be taken from me, as well. My mother, after having been diagnosed with a terminal illness in my teenage years, eventually did die when I was 22 years of age. Here are a few photos of my mother and father and the very last of me with my father as he was about to leave for the war. 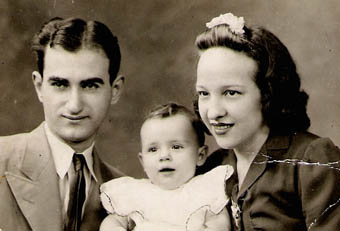 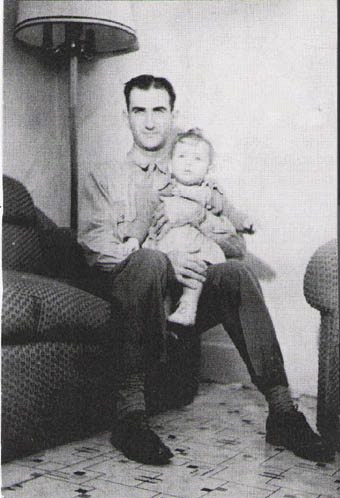 December 1943 – Our last photo together 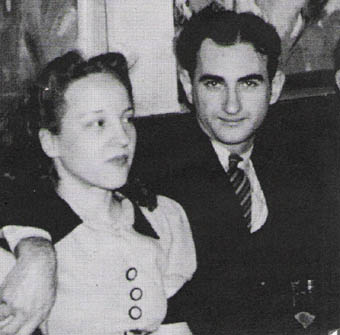 As a young wife and mother in 1971, I wrote the US Department of the Army inquiring to learn the whereabouts of my father’s death. It was then that I learned for the first time of Livergnano. 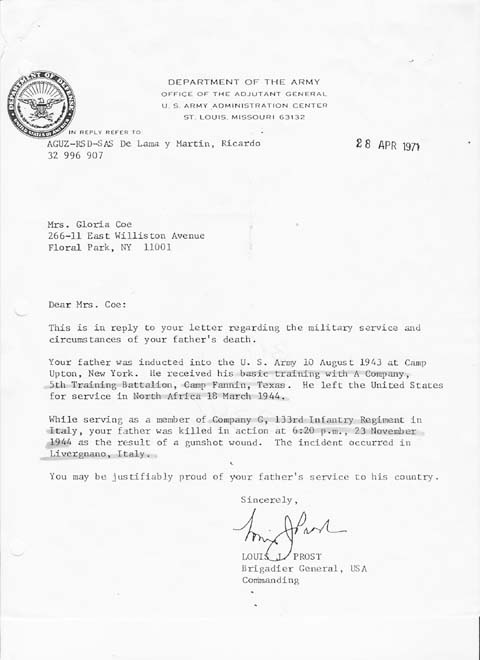 Letter from the US Army

However, years passed as I raised three children to adulthood. In the mid 1980’s a cousin of mine married a WWII history enthusiast. His interest shed more light about my father as to the Infantry and Company and he presented me with a book where I could trace my father’s path in the war. However, it was in 1995 when my daughter was studying in Florence for six months at a university that I had the opportunity to visit Italy. I recall how we took the train to Pianoro so we could visit the town of Livergnano. Our anticipation quickly turned to despair, as we stood at the train station unable to find a taxi. I told her that we should return to Florence because even if we had a taxi driver, he could not tell us the war history we so much wanted to know. My daughter, the optimist, insisted that we had come too far to return so quickly back to Florence.
I told her that it would have to be a miracle for someone to arrive that would know all about the war. Well, the miracle happened! An elderly gentleman pulled up along side of us as we strolled down the streets and although his new car did not say TAXI, he told us that he worked part time as a taxi driver. Upon hearing of our plight, he graciously spent two hours with us speaking in Italian all about the war to my daughter who could also speak Italian. I saw Livergnano for the first time with its beautiful green mountains. I was so overtaken with emotion, that despite the horror of war, I found this area of Italy to be beautiful. Upon returning to the Pianoro train station, we took many photographs. When I asked the gentleman as to his age, he replied that he was born 1913. I will always remember this day as a “miracle” because my father was also born 1913. I will enclose these wonderful photographs for you to see. Although, I asked his name, it is one of my biggest regrets that I did not write his name and address down, to thank him more formally for all that he did for us that day. 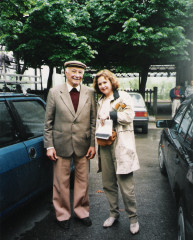 Gloria’s thank you and goodbye 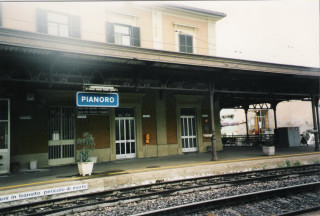 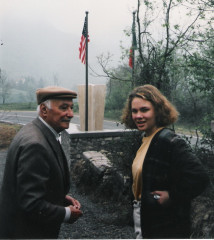 My daughter, Deborah and our taxi “ miracle man”

Upon returning to the USA, I decided to join the organization of my father’s 34th Division. The veterans planned a trip to Italy to visit all their areas of war. Although, no one remembered my father, I was welcomed as one of their own. My son arranged for us to both travel to Italy and visit all the war sights. This trip took place in May and June 2000. As my father was killed in Livergnano, the veterans saw to it that our bus made a stop for my benefit. It was then that I met the keeper of the Museum in Livergnano, which has a collection of war artifacts. The museum was new to me and I had the honor to meet Umberto Magnani and his daughter, Patrizia. They presented me with a certificate of the war in Livergnano. Once again, I was humbled by the townspeople’s hospitality to the veterans. I have enclosed a few photos for your viewing. 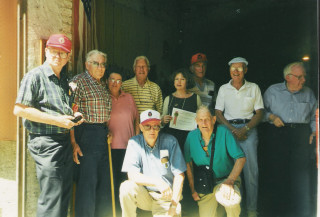 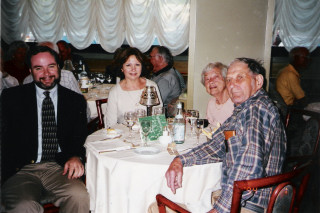 Gloria at farewell dinner with son, Paul, and 34th Division veteran – may 2000

On this trip to Italy in 2000, I happened to sign a Guest Book at the American Cemetery just outside Rome on our day of war remembrance know as Memorial Day in the USA celebrated on May 30th of each year. A woman in the USA later contacted me about seeing my name and address written in the Guest Book at the cemetery. She shared with me about an organization of other war orphans. At last, I was to meet for the first time, many, many other war orphans of the USA that also lost their father in WWII. The organization is known as AWON, which stands for American War Orphan Network.

Amazingly, all of us grew up in silence, not knowing much about our father’s war history. It wasn’t until about the 1990’s that many of us, after having raised our own families, began to seek answers to the many unanswered questions pertaining to our father’s final days. At last we found others that understood our loss. As a group, we learned how to write the USA government seeking any additional facts pertaining to our father’s last days in war and any other bits of information that we so longed for.

In the spring of 2006, a friend of mine expressed her desire to travel to Italy. Well, for sure, I replied “yes”. As our November trip would fall on the anniversary of my father’s death, I knew in my heart that I must once again visit Livergnano. Once again, I have met so many, many wonderful people that have gone out of their way to make my trip most memorable. For instance, I learned that my father was killed in an area know as La Guarda, I was privileged to also meet a beautiful lady in La Guarda that explained first hand her experience of the war as a young girl in the very same home of 1944. I have come to know Corso Boccia that has gone over and above to make sure that my trip be a success. I thank the Italian people for the gratitude expressed to me on behalf of my father along with the many other young men that have made the supreme sacrifice for freedom. I recall, as a young child, looking at the many photos of Rome sent home to my mother I always sensed that Italy would remain a place in the world that my father would re-visit had he lived. As his daughter, I am honored to have been the one to visit Italy in his place. In my heart, I know that circumstances will once again lead me back to Italy. I am grateful to the many people that have come forward to make my trip one of personal completeness where my father is concerned. I especially feel for all your losses suffered during the war and the absolute fear of trying to survive in a war-torn country. I pray that our children will never have to experience the war of their grandparents. Again, I will enclose a few photos of my recent trip. Lastly, thank you, for allowing these trips to give back to me knowledge of my father. 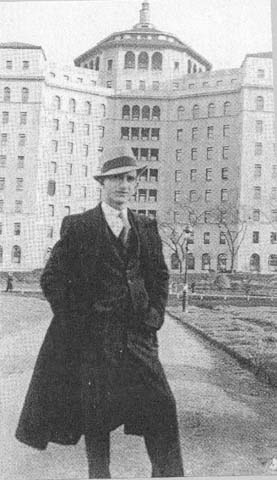 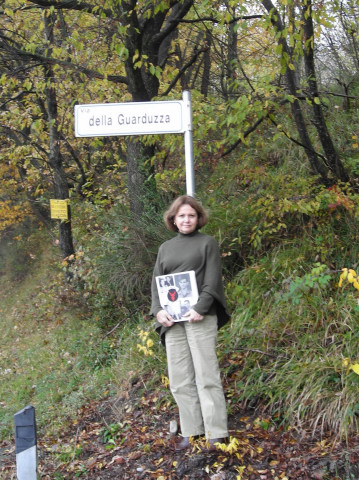 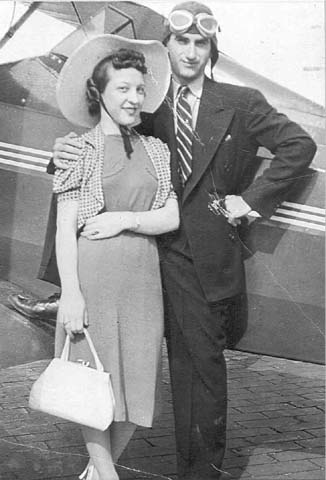